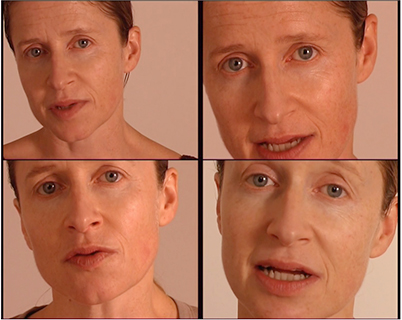 Based on the four channel video installation
Commissioned by The British Council Germany, Transmediale Berlin and the Goethe-Institut London 2005

DinnerFor1 was inspired by Germany’s most popular television broadcast, Dinner for One (1963), of a dinner party with imagined guests, based on a British vaudeville sketch. DinnerFor1 extracts questions from the Foreign Affairs Select Committee to David Kelly, the Princess Diana interview with Martin Bashir and the trials of Oscar Wilde, as well as excerpts from his play The Importance of being Earnest.